This page contains a list of the greatest Russian Musicians. The pantheon dataset contains 2,675 Musicians, 37 of which were born in Russia. This makes Russia the birth place of the 10th most number of Musicians behind Japan and Norway.

The following people are considered by Pantheon to be the top 10 most legendary Russian Musicians of all time. This list of famous Russian Musicians is sorted by HPI (Historical Popularity Index), a metric that aggregates information on a biography’s online popularity. Visit the rankings page to view the entire list of Russian Musicians. 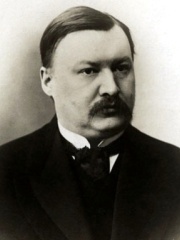 With an HPI of 75.15, Alexander Glazunov is the most famous Russian Musician.  His biography has been translated into 50 different languages on wikipedia.

Alexander Konstantinovich Glazunov (Russian: Алекса́ндр Константи́нович Глазуно́в, 10 August 1865 – 21 March 1936) was a Russian composer, music teacher, and conductor of the late Russian Romantic period. He was director of the Saint Petersburg Conservatory between 1905 and 1928 and was instrumental in the reorganization of the institute into the Petrograd Conservatory, then the Leningrad Conservatory, following the Bolshevik Revolution. He continued as head of the Conservatory until 1930, though he had left the Soviet Union in 1928 and did not return. The best-known student under his tenure during the early Soviet years was Dmitri Shostakovich. Glazunov successfully reconciled nationalism and cosmopolitanism in Russian music. While he was the direct successor to Balakirev's nationalism, he tended more towards Borodin's epic grandeur while absorbing a number of other influences. These included Rimsky-Korsakov's orchestral virtuosity, Tchaikovsky's lyricism and Taneyev's contrapuntal skill. Younger composers such as Prokofiev and Shostakovich eventually considered his music old-fashioned, while also admitting he remained a composer with an imposing reputation, and a stabilizing influence in a time of transition and turmoil.

With an HPI of 71.25, Vladimir Ashkenazy is the 2nd most famous Russian Musician.  His biography has been translated into 34 different languages.

Vladimir Davidovich Ashkenazy (Russian: Влади́мир Дави́дович Ашкена́зи, Vladimir Davidovich Ashkenazi; born 6 July 1937) is an internationally recognized solo pianist, chamber music performer, and conductor. He is originally from Russia and has held Icelandic citizenship since 1972. He has lived in Switzerland since 1978. Ashkenazy has collaborated with well-known orchestras and soloists. In addition, he has recorded a large storehouse of classical and romantic works. His recordings have earned him five Grammy awards and Iceland's Order of the Falcon. 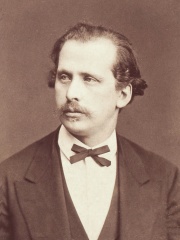 With an HPI of 70.25, Nikolai Rubinstein is the 3rd most famous Russian Musician.  His biography has been translated into 36 different languages. 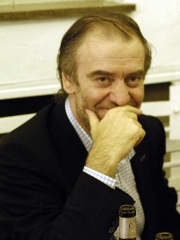 With an HPI of 67.61, Valery Gergiev is the 4th most famous Russian Musician.  His biography has been translated into 39 different languages. 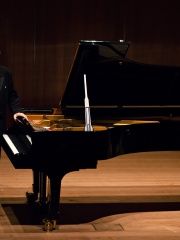 With an HPI of 66.01, Grigory Sokolov is the 5th most famous Russian Musician.  His biography has been translated into 22 different languages.

Grigory Lipmanovich Sokolov (Russian: Григо́рий Ли́пманович Соколо́в; born April 18, 1950) is a Russian pianist. He is among the most esteemed of living pianists, his repertoire spanning composers from the Baroque period such as Bach, Couperin or Rameau up to Schoenberg and Arapov. He regularly tours Europe (excluding the UK) and resides in Italy. 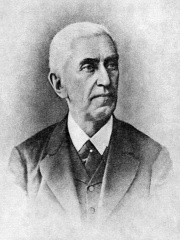 With an HPI of 63.87, Nikolai Zverev is the 6th most famous Russian Musician.  His biography has been translated into 17 different languages. 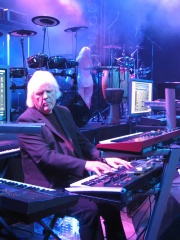 With an HPI of 63.28, Edgar Froese is the 7th most famous Russian Musician.  His biography has been translated into 25 different languages.

Edgar Willmar Froese (6 June 1944 – 20 January 2015) was a German musical artist and electronic music pioneer, best known for founding the electronic music group Tangerine Dream in 1967. Froese was the only continuous member of the group until his death. Although his solo and group recordings prior to 2003 name him as "Edgar Froese", his later solo albums bear the name "Edgar W. Froese". 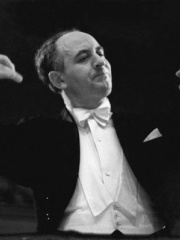 With an HPI of 63.18, Rudolf Barshai is the 8th most famous Russian Musician.  His biography has been translated into 21 different languages. 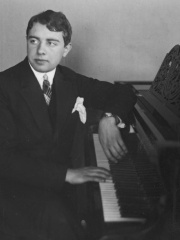 With an HPI of 63.05, Lev Oborin is the 9th most famous Russian Musician.  Her biography has been translated into 16 different languages.

Lev Nikolayevich Oborin (Russian: Лев Николаевич Оборин, Lev Nikolaevič Oborin; Moscow, 11 September [O.S. 29 August] 1907 – Moscow, 5 January 1974) was a Soviet and Russian pianist, composer and pedagogue. He was the winner of the first International Chopin Piano Competition in 1927. The family moved frequently during his early childhood. When they settled down in Moscow in 1914, he was sent to music school. He studied with Elena Gnesina, a pupil of Ferruccio Busoni. At the same time, he studied composition with Alexander Gretchaninov and achieved admirable results. In 1921, Oborin was accepted into Moscow Conservatory as a student of piano and composition. He completed his piano studies in 1926. In the same year, news reached Moscow of the First International Frédéric Chopin Piano Competition, to be held in Warsaw in 1927, and his piano teacher Konstantin Igumnov immediately thought of him. After winning first prize in the competition, he gave concerts in Poland and in Germany. Until 1945 he performed exclusively in Russia and taught at the Moscow Conservatory at the same time. In 1935 he played his first concert with the violinist David Oistrakh, with whom he continued to collaborate all of his life. Aram Khachaturian dedicated his Piano Concerto in D flat to Oborin, and wrote "When I was working on my concerto I dreamed of hearing it played by Lev Oborin. My dream came true in the summer of 1937. The wonderful performance by this outstanding pianist ensured its success".During the years 1941 to 1963, Oborin played in a piano trio with David Oistrakh and the cellist Sviatoslav Knushevitsky, achieving international fame. Khachaturian's three concertos, one each for piano, violin and cello, were written for the individual members of this trio. He gave first public performances of the works of several modern composers, including Khachaturian, Shebalin, Myaskovsky, Prokofiev (including the Violin Sonata No. 1 with Oistrakh), and Shostakovich. He trained many pianists, including Vladimir Ashkenazy (winner of the second prize at the 1955 Chopin Competition), Anatoly Dokumentov, Mikhail Voskresensky, Minoru Nojima, Dmitri Sakharov, Alexander Bakhchiev, Andrei Egorov, Lev Natochenny, Boris Berman, Eduard Miansarov and Olga Kiun. Oborin was a member of the jury of the Fourth and Fifth International Chopin Competitions, and of other competitions in Moscow, Lisbon, Paris, Leeds and Zwickau. He died in 1974, aged 66. 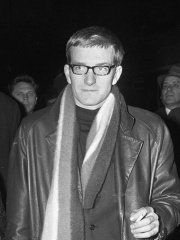 With an HPI of 62.87, Maxim Shostakovich is the 10th most famous Russian Musician.  His biography has been translated into 15 different languages.

Maxim Dmitriyevich Shostakovich (Russian: Макси́м Дми́триевич Шостако́вич; born 10 May 1938 in Leningrad) is a Soviet, Russian and American conductor and pianist. He is the second child of the composer Dmitri Shostakovich and Nina Varzar. Honored Artist of the RSFSR (1978). Since 1975, he has conducted and popularised many of his father's lesser-known works. He was educated at the Moscow and Leningrad Conservatories where he studied with Igor Markevitch and Otto-Werner Mueller before becoming chief conductor of the Union Radio and TV Symphony Orchestra. While he was principal conductor of the Moscow Radio and Television Symphony Orchestra, he conducted the premiere of his father's 15th Symphony. On 12 April 1981, he defected to West Germany, and then later settled in the United States. After spells conducting the New Orleans Symphony Orchestra and the Hong Kong Philharmonic Orchestra he returned to St. Petersburg. In 1992, he made an acclaimed recording of the Myaskovsky Cello Concerto with Julian Lloyd Webber and the London Symphony Orchestra for Philips Classics. Shostakovich is the dedicatee and first performer of his father's Piano Concerto No. 2 in F Major (Op. 102). He has a son, Dmitri Maximovich Shostakovich (or Dmitri Shostakovich Jr.), who is a pianist. Maxim Shostakovich has recorded a cycle of his father's 15 symphonies with the Prague Symphony Orchestra for the Czech label Supraphon.

Pantheon has 37 people classified as musicians born between 1832 and 1991. Of these 37, 25 (67.57%) of them are still alive today. The most famous living musicians include Vladimir Ashkenazy, Valery Gergiev, and Grigory Sokolov. The most famous deceased musicians include Alexander Glazunov, Nikolai Rubinstein, and Nikolai Zverev. As of October 2020, 6 new musicians have been added to Pantheon including Maxim Shostakovich, Lazar Berman, and Issay Dobrowen.

Which Musicians were alive at the same time? This visualization shows the lifespans of the 12 most globally memorable Musicians since 1700.