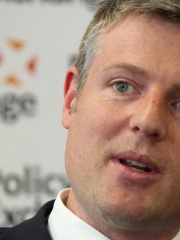 Frank Zacharias Robin Goldsmith, Baron Goldsmith of Richmond Park, PC (born 20 January 1975) is a British politician and journalist who serves as Minister of State for Pacific and the Environment. He was Member of Parliament (MP) for Richmond Park from 2017 to 2019, previously holding the seat between 2010 and 2016. A member of the Conservative Party, he was its candidate at the 2016 London mayoral election, which he lost to Sadiq Khan of the Labour Party. Read more on Wikipedia

Since 2007, the English Wikipedia page of Zac Goldsmith has received more than 1,857,819 page views. His biography is available in 26 different languages on Wikipedia making him the 14,308th most popular politician.