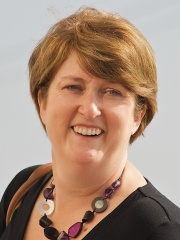 Jacqueline Jill Smith (born 3 November 1962) is a British broadcaster, political commentator and former Labour politician. She was the Member of Parliament for Redditch from 1997 until 2010, the first female Home Secretary and the third woman to hold one of the Great Offices of State, after Margaret Thatcher (Prime Minister) and Margaret Beckett (Foreign Secretary). She resigned as Home Secretary on 5 June 2009 following her involvement in the United Kingdom parliamentary expenses scandal in which she had falsely claimed that a room in her sister's house was her main home. Read more on Wikipedia

Since 2007, the English Wikipedia page of Jacqui Smith has received more than 467,175 page views. Her biography is available in 21 different languages on Wikipedia making her the 14,330th most popular politician.