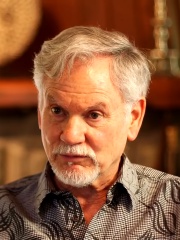 Warren Thomas Farrell (born June 26, 1943) is an American political scientist, activist and author of seven books on men's and women's issues. Farrell initially came to prominence in the 1970s as a supporter of second wave feminism; he served on the New York City Board of the National Organization for Women (NOW). Although today he is generally considered "the father of the men's movement", he advocates that "there should be neither a women's movement blaming men, nor a men's movement blaming women, but a gender liberation movement freeing both sexes from the rigid roles of the past toward more flexible roles for their future."His books cover history, law, sociology and politics (The Myth of Male Power); couples' communication (Women Can't Hear What Men Don't Say, and Father and Child Reunion); economic and career issues (Why Men Earn More); child psychology and child custody (Father and Child Reunion); and teenage to adult psychology and socialization (Why Men Are The Way They Are, The Liberated Man and Does Feminism Discriminate Against Men). Read more on Wikipedia

Since 2007, the English Wikipedia page of Warren Farrell has received more than 328,180 page views. His biography is available in 17 different languages on Wikipedia making him the 4,179th most popular writer.