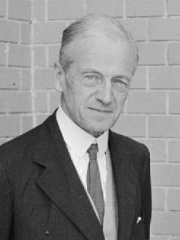 Walter Edward Guinness, 1st Baron Moyne, DSO & Bar, PC (29 March 1880 – 6 November 1944) was an Anglo-Irish politician and businessman. He served as the British minister of state in the Middle East until November 1944, when he was assassinated by the Jewish terrorist group Lehi. Read more on Wikipedia

Since 2007, the English Wikipedia page of Walter Guinness, 1st Baron Moyne has received more than 140,269 page views. His biography is available in 16 different languages on Wikipedia making him the 10,928th most popular politician.