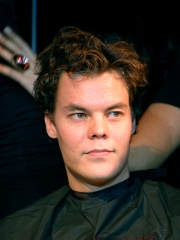 Tuukka Mikael Rask (born 10 March 1987) is a Finnish professional ice hockey goaltender for the Boston Bruins of the National Hockey League (NHL). Rask was drafted 21st overall in the 2005 NHL Entry Draft by the Toronto Maple Leafs. Rask won the Vezina Trophy as the league's top goaltender during the 2013–14 season. Read more on Wikipedia

Since 2007, the English Wikipedia page of Tuukka Rask has received more than 981,303 page views. His biography is available in 16 different languages on Wikipedia making him the 14,442nd most popular hockey player.