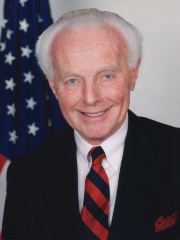 Thomas Peter Lantos (born Tamás Péter Lantos; February 1, 1928 – February 11, 2008) was an American politician who served as a U.S. Representative from California from 1981 until his death in 2008. A member of the Democratic Party, he represented the state's 11th congressional district until 1993 and from then the 12th congressional district, which both included the northern two-thirds of San Mateo County and a portion of the southwestern part of San Francisco after redistricting. Lantos, who served as Chair of the House Foreign Affairs Committee in his last term, announced in early January 2008 that he would not run for reelection because of cancer of the esophagus. Read more on Wikipedia

Since 2007, the English Wikipedia page of Tom Lantos has received more than 350,094 page views. His biography is available in 25 different languages on Wikipedia making him the 12,472nd most popular politician.