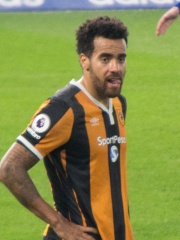 Thomas Andrew Huddlestone (born 28 December 1986) is an English professional footballer who plays as a defensive midfielder for Championship club Derby County. Having progressed through the youth ranks at Nottingham Forest and Derby County, Huddlestone began his professional career in 2003 with the latter club. He quickly broke into the first team, and made 88 league appearances before switching to Tottenham Hotspur in 2005. Read more on Wikipedia

Since 2007, the English Wikipedia page of Tom Huddlestone has received more than 616,201 page views. His biography is available in 35 different languages on Wikipedia making him the 8,862nd most popular soccer player.