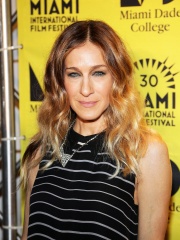 Sarah Jessica Parker (born March 25, 1965) is an American actress and producer. She is known for her role as Carrie Bradshaw on the HBO television series Sex and the City (1998–2004), for which she won two Emmy Awards, four Golden Globe Awards for Best Actress in a Comedy Series and three Screen Actors Guild Awards. The character was widely popular during the airing of the series and was later recognized as one of the greatest female characters in American television. Read more on Wikipedia

Sarah Jessica Parker is most famous for playing Carrie Bradshaw on the HBO show Sex and the City.