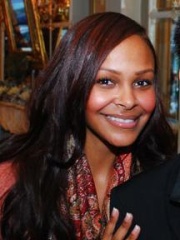 Samantha Tamania Anne Cecilia Mumba (born 18 January 1983) is an Irish singer-songwriter, dancer, actress, fashion model and TV presenter. In 2000, at the age of 17, she shot to fame with the release of her debut single "Gotta Tell You", which reached the top five in Ireland, United Kingdom and the United States. It has since been listed in Billboard's 100 Greatest Choruses of the 21st Century. Her album of the same name was released later that year and reached number four in Ireland and number nine in the UK. Read more on Wikipedia

Since 2007, the English Wikipedia page of Samantha Mumba has received more than 1,027,911 page views. Her biography is available in 18 different languages on Wikipedia making her the 8,338th most popular actor.