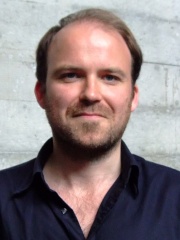 Rory Michael Kinnear (born 17 February 1978) is an English actor and playwright who has worked with the Royal Shakespeare Company and the Royal National Theatre. In 2014, he won the Olivier Award for Best Actor for his portrayal of Shakespeare's villain Iago in the National Theatre production of Othello. He is known for playing Bill Tanner in the James Bond films Quantum of Solace, Skyfall, Spectre and No Time to Die, and in various video games of the franchise. Read more on Wikipedia

Since 2007, the English Wikipedia page of Rory Kinnear has received more than 2,885,535 page views. His biography is available in 24 different languages on Wikipedia making him the 6,734th most popular actor.