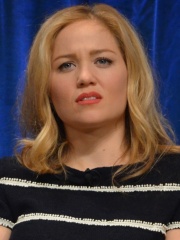 Erika Jane Christensen (born August 19, 1982) is an American actress and singer whose filmography includes roles in Traffic (2000), Swimfan (2002), The Banger Sisters (2002), The Perfect Score (2004), Flightplan (2005), How to Rob a Bank (2007), The Tortured (2010), and The Case for Christ (2017). For her performance in Traffic, she won the MTV Movie Award for Breakthrough Female Performance and the Screen Actors Guild Award for Outstanding Performance by a Cast in a Motion Picture along with her co-stars. In 2006, she starred on the short-lived drama series Six Degrees on ABC. From 2010 until its ending in 2015, Christensen starred as Julia Braverman-Graham on the NBC family drama series Parenthood. Read more on Wikipedia