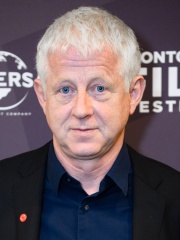 Richard Whalley Anthony Curtis, (born 8 November 1956), is a British screenwriter, producer, and film director. One of Britain's most successful comedy screenwriters, he is known primarily for romantic comedy films, among them Four Weddings and a Funeral (1994), Notting Hill (1999), Bridget Jones's Diary (2001), Love Actually (2003), Bridget Jones: The Edge of Reason (2004), About Time (2013) and Yesterday (2019). He is also known for the drama War Horse (2011), and for having co-written the hit sitcoms Blackadder, Mr. Read more on Wikipedia

Since 2007, the English Wikipedia page of Richard Curtis has received more than 2,129,193 page views. His biography is available in 27 different languages on Wikipedia making him the 3,617th most popular writer.

Among WRITERS In New Zealand