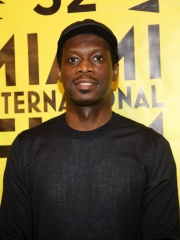 Pras Michel (; born Prakazrel Samuel Michel; October 19, 1972) is a Haitian-American rapper, record producer, songwriter and actor. He is best known as one of the founding members of the influential hip hop group Fugees, which included Wyclef Jean and Lauryn Hill. Read more on Wikipedia

Since 2007, the English Wikipedia page of Pras has received more than 798,783 page views. His biography is available in 18 different languages on Wikipedia making him the 2,366th most popular singer.

Page views of Pras by language

Among singers, Pras ranks 2,380 out of 3,001. Before him are Aya Matsuura, Katherine Jenkins, Aline Lahoud, Connie Talbot, B.o.B., and Suzy. After him are Anna Odobescu, TobyMac, Vinnie Paz, Aliona Moon, Offset, and Daniel Kajmakoski.