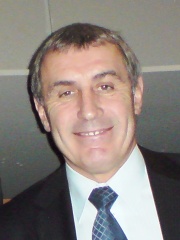 Peter Leslie Shilton (born 18 September 1949) is an English former footballer who played as a goalkeeper. He currently holds the record for playing more games for the England men's national football team than anyone else, earning 125 caps, and holds the all-time record for the most competitive appearances in world football – 1,390. The IFFHS ranked Shilton among the top ten goalkeepers of the 20th century in 2000.His 30-year career included spells at 11 clubs and he had the distinction of playing over 100 league games for five clubs. Read more on Wikipedia

Since 2007, the English Wikipedia page of Peter Shilton has received more than 1,631,386 page views. His biography is available in 46 different languages on Wikipedia making him the 259th most popular soccer player.