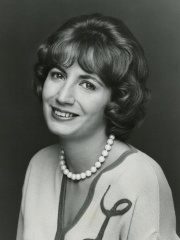 Carole Penny Marshall (October 15, 1943 – December 17, 2018) was an American actress, director, and producer. She came to notice in the 1970s for her role as Laverne DeFazio on the television sitcom Laverne & Shirley (1976–1983), receiving three nominations for the Golden Globe Award for Best Actress – Television Series Musical or Comedy for her portrayal. Marshall made her directorial debut with Jumpin' Jack Flash (1986) before directing Big (1988), which became the first film directed by a woman to gross more than $100 million at the U.S. box office. Read more on Wikipedia

Since 2007, the English Wikipedia page of Penny Marshall has received more than 6,465,775 page views. Her biography is available in 55 different languages on Wikipedia making her the 2,110th most popular actor.