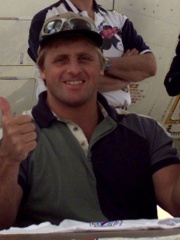 Owen James Hart (May 7, 1965 – May 23, 1999) was a Canadian–American professional and amateur wrestler who worked for several promotions including Stampede Wrestling, New Japan Pro-Wrestling (NJPW), World Championship Wrestling (WCW), and the World Wrestling Federation (WWF). He received most of his success in the WWF, where he wrestled under both his own name and the ring name The Blue Blazer. A member of the Hart wrestling family, he was born in Calgary, Alberta, the youngest of 12 children of Stampede Wrestling promoters Stu and Helen Hart. Read more on Wikipedia

Since 2007, the English Wikipedia page of Owen Hart has received more than 4,293,421 page views. His biography is available in 27 different languages on Wikipedia making him the 82nd most popular wrestler.