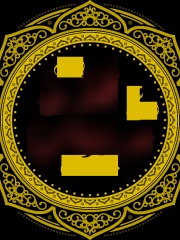 Muhammad ibn ʿAbd al-Wahhab (; Arabic: محمد بن عبد الوهاب‎; 1703 – 22 June 1792) was a religious leader, Islamic scholar and theologian from Najd in central Arabia, founder of the Islamic doctrine and movement known as Wahhabism. Born to a family of jurists, Ibn ʿAbd al-Wahhab's early education consisted of learning a fairly standard curriculum of orthodox jurisprudence according to the Hanbali school of law, which was the school of law most prevalent in his area of birth. Despite his initial rudimentary training in classical Sunni Muslim tradition, Ibn ʿAbd al-Wahhab gradually became opposed to many of the most popular Sunni practices such as the visitation to and veneration of the tombs of Muslim saints, which he felt amounted to heretical religious innovation or even idolatry. Read more on Wikipedia

Since 2007, the English Wikipedia page of Muhammad ibn Abd al-Wahhab has received more than 1,337,108 page views. His biography is available in 44 different languages on Wikipedia making him the 137th most popular philosopher.

Among philosophers, Muhammad ibn Abd al-Wahhab ranks 136 out of 1,005. Before him are Giambattista Vico, John Wycliffe, Pyrrho, György Lukács, Emanuel Swedenborg, and Isocrates. After him are Edith Stein, Johann Friedrich Herbart, Jiddu Krishnamurti, Leucippus, Clement of Alexandria, and Simone Weil.

Among PHILOSOPHERS In Saudi Arabia

Among philosophers born in Saudi Arabia, Muhammad ibn Abd al-Wahhab ranks 1. After him are Hasan al-Basri (642).