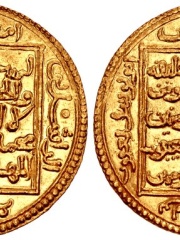 Muhammad al-Nasir was the last Fatimid caliph of Egypt. He was overthrown by the Ayyubids in 1171 and died in 1174.

Among people born in 1200, Muhammad al-Nasir ranks 9. Before him are Pope Celestine IV, Dōgen, Qutuz, Zhang Sanfeng, Villard de Honnecourt, and Nicholas Kanabos. After him are Doquz Khatun, Shiban, Joan, Countess of Flanders, Canute II of Sweden, Marcabru, and George III of Georgia. Among people deceased in 1213, Muhammad al-Nasir ranks 3. Before him are Tamar of Georgia and Peter II of Aragon. After him are Gertrude of Merania, Maria of Montpellier, John of Matha, Sharaf al-Dīn al-Ṭūsī, and Guy of Thouars.