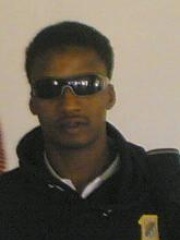 Mohammed Bin Mohammed Noor Adam Hawsawi ({{lang-ar|محمد نور}; born 26 February 1978), commonly known as Mohammed Noor (Arabic pronunciation: [moʊˈhæməd ˈnuːɾ]), also known by his short name Noor, is a retired footballer from Saudi Arabia who played as an attacking midfielder. He played almost all of his career for Saudi Professional League side Al Ittihad. In 2013, he was forced out of Al-Ittihad to a series of financial epidemics there, and as for that, he moved to Al-Nassr club for one football season. Read more on Wikipedia

Since 2007, the English Wikipedia page of Mohammed Noor has received more than 88,733 page views. His biography is available in 22 different languages on Wikipedia making him the 5,384th most popular soccer player.