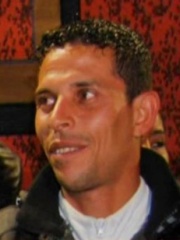 Tarek el-Tayeb Mohamed Bouazizi (Arabic: طارق الطيب محمد البوعزيزي‎, romanized: Ṭāriq aṭ-Ṭayib Muḥammad al-Būʿazīzī; 29 March 1984 – 4 January 2011) was a Tunisian street vendor who set himself on fire on 17 December 2010, which became a catalyst for the Tunisian Revolution and the wider Arab Spring against autocratic regimes. His self-immolation was in response to the confiscation of his wares and the harassment and humiliation inflicted on him by a municipal official and her aides. Simmering public anger and sporadic violence intensified following Bouazizi's death, leading the then-president of Tunisia, Zine El Abidine Ben Ali to step down on 14 January 2011, after 23 years in power. Read more on Wikipedia

Since 2007, the English Wikipedia page of Mohamed Bouazizi has received more than 789,866 page views. His biography is available in 41 different languages on Wikipedia making him the 373rd most popular social activist.

Among SOCIAL ACTIVISTS In Tunisia