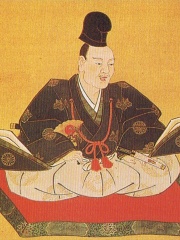 Page views of Minamoto no Yoshinakas by language

Among people born in 1154, Minamoto no Yoshinaka ranks 6. Before him are Constance, Queen of Sicily, Sancho I of Portugal, Maria Komnene, Queen of Jerusalem, Sancho VII of Navarre, and Vsevolod the Big Nest. After him are Sancha of Castile, Queen of Aragon, Benoît de Sainte-Maure, and Robert II, Count of Dreux. Among people deceased in 1184, Minamoto no Yoshinaka ranks 5. Before him are Beatrice I, Countess of Burgundy, Magnus V of Norway, Agnes of Antioch, and Abu Yaqub Yusuf. After him are George III of Georgia, Arnold of Torroja, Theodora Komnene, Duchess of Austria, Otto I, Margrave of Brandenburg, and Heinrich von Veldeke.