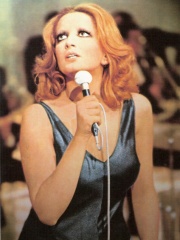 Mina Anna Maria Mazzini OMRI (born 25 March 1940), Mina Anna Quaini (for the Swiss civil registry), known as Mina Mazzini or simply Mina, is an Italian-Swiss singer and actress. She was a staple of television variety shows and a dominant figure in Italian pop music from the 1960s to the mid-1970s, known for her three-octave vocal range, the agility of her soprano voice, and her image as an emancipated woman.In performance, Mina combined several modern styles with traditional Italian melodies and swing music, which made her the most versatile pop singer in Italian music. Mina dominated the country's charts for 15 years and reached an unsurpassed level of popularity. Read more on Wikipedia

Mina is most famous for being a port city on the southern coast of Tunisia. It is also known for its beaches and natural beauty.

Page views of Minas by language