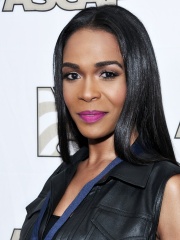 Tenitra Michelle Williams (born July 23, 1979) is an American singer and actress. Williams rose to fame in the 2000s as a member of R&B girl group Destiny's Child, one of the best-selling female groups of all time with over 60 million records, of which more than 35 million copies sold with the trio lineup that included Williams.During the group's two-year hiatus, 2001–2003, Williams released her debut solo album Heart to Yours (2002) which topped the US gospel album chart and became the best-selling gospel release of the year. Also in 2002, Billboard, named her the fifth Top Gospel Artist of the year and she received a MOBO Award for "Best Gospel Act". Read more on Wikipedia