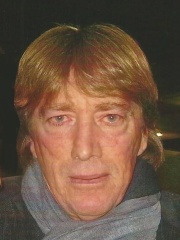 Massimo Bonini (born 13 October 1959) is a Sammarinese former professional football player and coach, who played as a midfielder for Italian sides Bellaria Igea, Forlì, Cesena, Juventus and Bologna. His greatest achievements in club football were at Juventus, where his work-rate enabled him to form a notable midfield partnership with French playmaker Michel Platini and mezzala Marco Tardelli, having won 3 Serie A titles, 1 Italian Cup, 1 European Cup, 1 Cup Winners' Cup, 1 European Super Cup and 1 Intercontinental Cup and becoming the first and only Sanmarinese footballer to win a UEFA club competition. At international level, he gained 19 caps for San Marino national football team.One of the solely two Sanmarinese sportsmen to have won a world title alongside motorcyclist Manuel Poggiali, he is regarded the most iconic athlete born in the country. Read more on Wikipedia