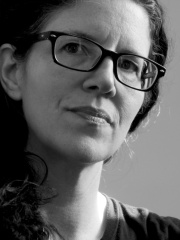 Laura Poitras (; born February 2, 1964) is an American director and producer of documentary films. She lives in New York City.Poitras has received numerous awards for her work, including the 2015 Academy Award for Best Documentary Feature for Citizenfour, about Edward Snowden, while My Country, My Country received a nomination in the same category in 2007. She won the 2013 George Polk Award for national security reporting related to the NSA disclosures. Read more on Wikipedia

Since 2007, the English Wikipedia page of Laura Poitras has received more than 1,022,367 page views. Her biography is available in 20 different languages on Wikipedia making her the 896th most popular film director.