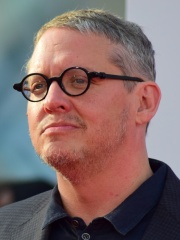 Adam McKay (born April 17, 1968) is an American film and television writer, director and producer. McKay served as head writer for the NBC sketch comedy series Saturday Night Live for two seasons. He directed Anchorman: The Legend of Ron Burgundy (2004), Talladega Nights: The Ballad of Ricky Bobby (2006), Step Brothers (2008), The Other Guys (2010), and Anchorman 2: The Legend Continues (2013), all of which he co-wrote with his creative partner Will Ferrell. Read more on Wikipedia

Since 2007, the English Wikipedia page of Adam McKay has received more than 4,008,956 page views. His biography is available in 31 different languages on Wikipedia making him the 924th most popular film director.