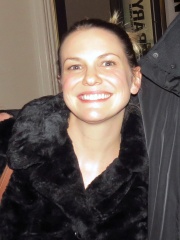 Larisa Romanovna Oleynik (; born June 7, 1981) is an American actress who became a teen idol in the 1990s. During her period as a teen idol, she was described as "one of America's favorite 15-year-olds", and "the proverbial girl next door".Born in Santa Clara and raised in the San Francisco Bay Area of California, Oleynik began her career as a child actor, first appearing onstage as young Cosette in a national touring production of Les Misérables (1989–1991). She was subsequently cast in the titular role on the Nickelodeon sci-fi series The Secret World of Alex Mack from 1994 to 1998. Read more on Wikipedia