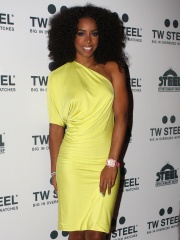 Kelendria Trene Rowland (born February 11, 1981) is an American singer, songwriter, dancer, actress, and television presenter. She rose to fame in the late 1990s as a member of Destiny's Child, one of the world's best-selling girl groups of all time. During the group's two-year hiatus, Rowland released her first solo album, Simply Deep (2002), which debuted at number one on the UK Albums Chart and sold over 2.5 million copies worldwide. Read more on Wikipedia

Since 2007, the English Wikipedia page of Kelly Rowland has received more than 5,114,103 page views. Her biography is available in 50 different languages on Wikipedia making her the 1,341st most popular singer.