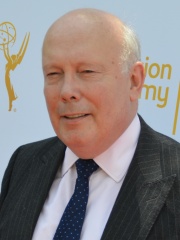 Julian Alexander Kitchener-Fellowes, Baron Fellowes of West Stafford (born 17 August 1949) is an English actor, novelist, film director and screenwriter, and a Conservative peer of the House of Lords. He is primarily known as the author of several Sunday Times best-seller novels; for the screenplay for the film Gosford Park, which won the Academy Award for Best Original Screenplay in 2002; and as the creator, writer and executive producer of the multiple award-winning ITV series Downton Abbey (2010–2015). Read more on Wikipedia

Since 2007, the English Wikipedia page of Julian Fellowes has received more than 1,773,605 page views. His biography is available in 22 different languages on Wikipedia making him the 3,327th most popular actor.

Among ACTORS In Egypt