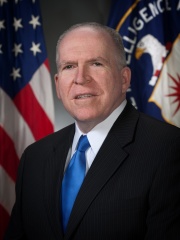 John Owen Brennan (born September 22, 1955) is a former American intelligence officer who served as the Director of the Central Intelligence Agency (CIA) from March 2013 to January 2017. He served as chief counterterrorism advisor to U.S. President Barack Obama, with the title Deputy National Security Advisor for Homeland Security and Counterterrorism, and Assistant to the President. Previously, he advised Obama on foreign policy and intelligence issues during the 2008 election campaign and presidential transition.Brennan withdrew his name from consideration for Director of the Central Intelligence Agency (CIA) during the first Obama administration over concerns about his support for torture, after defending on TV the transferring of terror suspects to countries where they might be tortured while serving under President George W. Bush. Read more on Wikipedia