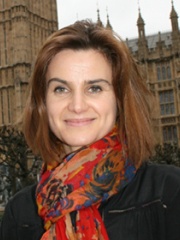 Helen Joanne Cox (née Leadbeater; 22 June 1974 – 16 June 2016) was a British politician who served as the Member of Parliament (MP) for Batley and Spen from her election in May 2015 until her murder in June 2016. She was a member of the Labour Party. Born in Batley, West Yorkshire, Cox studied Social and Political Sciences at Pembroke College, Cambridge. Read more on Wikipedia

Since 2007, the English Wikipedia page of Jo Cox has received more than 3,241,172 page views. Her biography is available in 39 different languages on Wikipedia making her the 12,953rd most popular politician.