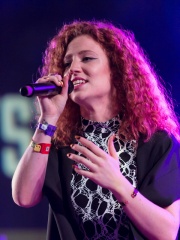 Jessica Hannah Glynne (born 20 October 1989) is an English singer and songwriter. After signing with Atlantic Records, she rose to prominence in 2014 as a featured artist on the singles "Rather Be" by Clean Bandit and "My Love" by Route 94, both of which reached number one in the UK. She has been considered one of the "Most Influential People Under 30" by Forbes magazine in 2019. Her debut studio album, I Cry When I Laugh (2015), debuted at number one on the UK Albums Chart and saw the international success of the singles "Hold My Hand" and "Don't Be So Hard on Yourself". Read more on Wikipedia