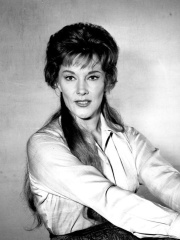 Wilma Jeanne Cooper (October 25, 1928 – May 8, 2013) was an American actress, best known for her role as Katherine Chancellor on the CBS soap opera The Young and the Restless (1973–2013). At the time of her death, she was eighth on the all-time list of longest-serving soap opera actors in the United States. Read more on Wikipedia

Since 2007, the English Wikipedia page of Jeanne Cooper has received more than 949,408 page views. Her biography is available in 18 different languages on Wikipedia making her the 4,568th most popular actor.