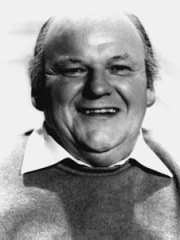 Roy Mitchell Kinnear (8 January 1934 – 20 September 1988) was an English character actor. He is known for his roles in films directed by Richard Lester; including Algernon in The Beatles Help! (1965), Clapper in How I Won the War (1967) and Planchet in The Three Musketeers (1973) He reprised the role of Planchet in the 1974 and 1989 sequels, and was killed in an accident during filming of the latter. Read more on Wikipedia

Since 2007, the English Wikipedia page of Roy Kinnear has received more than 1,606,989 page views. His biography is available in 16 different languages on Wikipedia making him the 4,155th most popular actor.