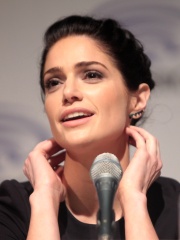 Janet Ruth Montgomery (born 29 October 1985) is an English film and TV actress. She first gained attention for her role as Ames in the second season of the television series Human Target (2010–11), and also for her appearances in the 2009 straight-to-DVD film The Hills Run Red. She played the lead character in the television drama Made in Jersey (2012), cancelled after eight episodes. Read more on Wikipedia

Since 2007, the English Wikipedia page of Janet Montgomery has received more than 2,220,734 page views. Her biography is available in 18 different languages on Wikipedia making her the 7,945th most popular actor.