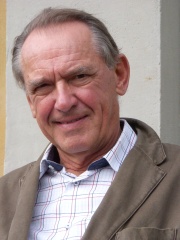 Jan Kenneth Eliasson (born 17 September 1940) is a Swedish diplomat who was Deputy Secretary-General of the United Nations from July 2012 to December 2016. A member of the Swedish Social Democratic Party, Eliasson served as Minister for Foreign Affairs from 24 April to 6 October 2006. Read more on Wikipedia

Among politicians, Jan Eliasson ranks 9,730 out of 15,710. Before him are Abdellatif Filali, José Linhares, Félix Gaillard, Princess Mathilde of Saxony, Varazdat, and Cuilén. After him are John Kufuor, Adolphus Frederick III, Duke of Mecklenburg-Strelitz, Hunald I, Ferenc Nagy, Gaius Atilius Regulus Serranus, and Dolley Madison.