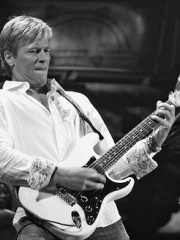 Peter John Wagner II (born October 3, 1959) is an American actor and singer, best known for his roles on the soap operas General Hospital, Santa Barbara, The Bold and the Beautiful, and Melrose Place. Read more on Wikipedia

Since 2007, the English Wikipedia page of Jack Wagner has received more than 38,649 page views. His biography is available in 19 different languages on Wikipedia making him the 4,181st most popular actor.