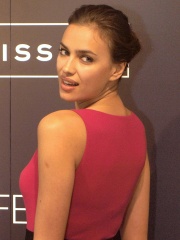 TMZ
Kanye West Rebounds with Supermodel Irina Shayk, in France
Kanye West is moving on from estranged wife Kim Kardashian, and he's doing it with ... Irina freakin' Shayk!!! Ye and the supermodel were spotted out and about in the French city of Provence on Tuesday, his 44th birthday, btw. They were seen…
TMZ Staff
HYPEBEAST
Kanye West Rumored To Be Dating Russian Model-Actress Irina Shayk
Following his highly publicized divorce, Kanye West is now reportedly dating Irina Shayk.'Ye was spotted with the Russian model-actress in the Southeastern France region of Provence and have been rumored to be dating for several weeks now. Aside from covering…
[email protected] (HYPEBEAST), HYPEBEAST
Eonline.com
Kanye West and Irina Shayk Spark Romance Rumors With Birthday Trip to France
Did anyone have this on their 2021 bingo card? Just four months after Kim Kardashian filed for divorce, Kanye West appears to be moving on with none other than Bradley Cooper's ex...
Jess Cohen
Eonline.com
How Kanye West and Irina Shayk "Hit It Off": Inside Their "Casual" Romance
After earlier romance rumors about Kanye West and Irina Shayk, new photos of the two together in France have taken the internet by storm. For more details on what exactly is going on, keep reading!
Samantha Schnurr

Among MODELS In Russia