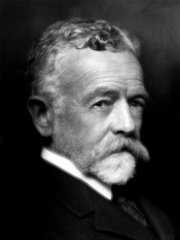 Henry Cabot Lodge (May 12, 1850 – November 9, 1924) was an American Republican senator and historian from Massachusetts. A member of the prominent Lodge family, he received his PhD in history from Harvard University. As an undergraduate at Harvard, he joined Delta Kappa Epsilon Fraternity. Read more on Wikipedia

Since 2007, the English Wikipedia page of Henry Cabot Lodge has received more than 751,261 page views. His biography is available in 18 different languages on Wikipedia making him the 13,138th most popular politician.