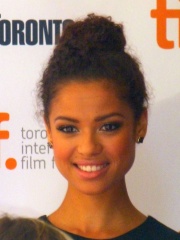 Gugulethu "Gugu" Sophia Mbatha-Raw (; born 21 April 1983) is a British actress. After studying at the Royal Academy of Dramatic Art, she began acting in British television and stage productions, appearing in the science-fiction series Doctor Who (2007), and went on to appear in American productions such as the comedy film Larry Crowne (2011), and the short-lived television series Undercovers (2010) and Touch (2012). Mbatha-Raw's breakthrough came with the British period drama Belle (2013), for which she won the BIFA Award for Best Actress, and the romantic drama Beyond the Lights (2014). Read more on Wikipedia