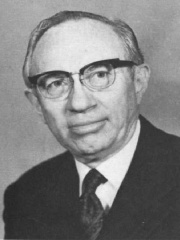 Gordon Bitner Hinckley (June 23, 1910 – January 27, 2008) was an American religious leader and author who served as the 15th President of The Church of Jesus Christ of Latter-day Saints (LDS Church) from March 1995 until his death in January 2008 at age 97. Considered a prophet, seer, and revelator by church members, Hinckley was the oldest person to preside over the church in its history.Hinckley's presidency was noted for the building of temples, with more than half of existing temples being built under his leadership. He also oversaw the reconstruction of the Nauvoo Illinois Temple and the building of the 21,000 seat Conference Center. Read more on Wikipedia

Since 2007, the English Wikipedia page of Gordon B. Hinckley has received more than 609,786 page views. His biography is available in 17 different languages on Wikipedia making him the 12,294th most popular politician.

Page views of Gordon B. Hinckleys by language

Among politicians, Gordon B. Hinckley ranks 12,198 out of 14,801. Before him are Salim Idris, Oscar Temaru, Dipendra of Nepal, Lee Hae-chan, William Neville, 1st Earl of Kent, and Nagamichi Kuroda. After him are Gopala I, Henry Cabot Lodge Jr., Franco Marini, Wallace Fard Muhammad, Alphonso Taft, and Jaime de Marichalar.