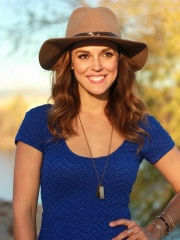 Erin Jessica Cahill (born January 4, 1980) is an American actress. She is best known for her roles as Jen Scotts in Power Rangers Time Force, Ted Mosby's sister Heather in How I Met Your Mother, and Kendra Burke in Saving Grace. She had a recurring role as Felicity in the ABC series Red Widow. Read more on Wikipedia

Since 2007, the English Wikipedia page of Erin Cahill has received more than 775,338 page views. Her biography is available in 15 different languages on Wikipedia making her the 8,178th most popular actor.