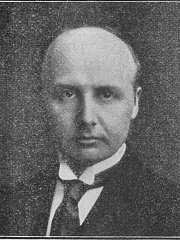 Erik Julius Christian Scavenius (Danish pronunciation: [skæˈve̝ˀnius]; 13 July 1877 – 29 November 1962) was the Danish foreign minister from 1909 to 1910, 1913 to 1920 and 1940 to 1943, and prime minister from 1942 to 1943, during the occupation of Denmark until the Danish elected government ceased to function. He was the foreign minister during some of the most important periods of Denmark's modern history, including the First World War, the plebiscites over the return of northern Schleswig to Denmark, and the German occupation. Scavenius was a member of the Landsting (the upper house of the Danish parliament before 1953) from 1918 to 1920 and from 1925 to 1927 representing the Social Liberal Party. Read more on Wikipedia

Among politicians, Erik Scavenius ranks 9,385 out of 15,577. Before him are Sangoulé Lamizana, Lakshmi Sahgal, Missak Manouchian, Hu Hanmin, Edelmiro Julián Farrell, and Tufuga Efi. After him are Morteza Motahhari, Varazdat, Jean Patou, Khentkaus III, Nahum Sokolow, and Ashur-dan I.