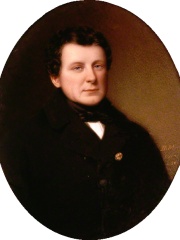 Daniel O'Connell (Irish: Dónall Ó Conaill; 6 August 1775 – 15 May 1847), often referred to as The Liberator or The Emancipator, was an Irish political leader in the first half of the 19th century. He campaigned for Catholic emancipation—including the right for Catholics to sit in the Westminster Parliament, denied for over 100 years—and repeal of the Acts of Union which combined Great Britain and Ireland. Throughout his career in Irish politics, O'Connell was able to gain a large following among the Irish masses in support of him and his Catholic Association. Read more on Wikipedia

Since 2007, the English Wikipedia page of Daniel O'Connell has received more than 752,211 page views. His biography is available in 30 different languages on Wikipedia making him the 7,392nd most popular politician.

Among politicians, Daniel O'Connell ranks 7,352 out of 14,801. Before him are Ngô Đình Nhu, Jean-Frédéric Phélypeaux, Count of Maurepas, Kleitias, Yuriko, Princess Mikasa, Senjūrō Hayashi, and John Profumo. After him are Gertrud Scholtz-Klink, Eucleidas, Sālote Tupou III, An Shigao, Osorkon III, and Neferkare Tereru.