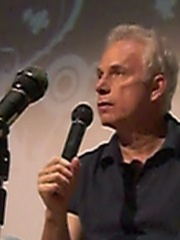 Christopher Haden-Guest, 5th Baron Haden-Guest (born February 5, 1948) is an English-American screenwriter, composer, musician, director, actor, and comedian. Guest is most widely known in Hollywood for having written, directed, and starred in his series of comedy films shot in mock-documentary (mockumentary) style. Many scenes and character backgrounds in Guest's films are written and directed, although actors have no rehearsal time and the ensemble improvise scenes while filming them. Read more on Wikipedia

Since 2007, the English Wikipedia page of Christopher Guest has received more than 5,910,673 page views. Her biography is available in 16 different languages on Wikipedia making her the 4,206th most popular actor.