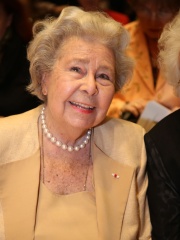 Christa Ludwig (16 March 1928 – 24 April 2021) was a German mezzo-soprano and occasional dramatic soprano, distinguished for her performances of opera, lieder, oratorio, and other major religious works like masses, passions, and solos in symphonic literature. Her performing career spanned almost half a century, from the late 1940s until the early 1990s.She sang at many international opera houses and festivals, including at the Vienna State Opera from 1955 to 1994, and at the Metropolitan Opera in many roles. She is remembered for roles such as Mozart's Dorabella, Beethoven's Leonore in Fidelio, Wagner's Kundry, and both Octavian and the Marschallin in Der Rosenkavalier by Richard Strauss. Read more on Wikipedia