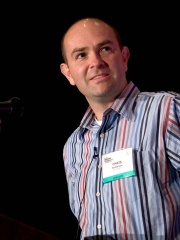 Chris Anderson (born July 9, 1961) is a British-American author and entrepreneur. He was with The Economist for seven years before joining WIRED magazine in 2001, where he was the editor-in-chief until 2012. He is known for his 2004 article entitled The Long Tail; which he later expanded into the 2006 book, The Long Tail: Why the Future of Business Is Selling Less of More. Read more on Wikipedia

Since 2007, the English Wikipedia page of Chris Anderson has received more than 41,375 page views. His biography is available in 17 different languages on Wikipedia making him the 384th most popular businessperson.