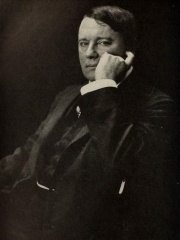 Alfred Charles William Harmsworth, 1st Viscount Northcliffe (15 July 1865 – 14 August 1922), was a British newspaper and publishing magnate. As owner of the Daily Mail and the Daily Mirror, he was an early developer of popular journalism, and he exercised vast influence over British popular opinion during the Edwardian era. Lord Beaverbrook said he was "the greatest figure who ever strode down Fleet Street." About the beginning of the 20th century there were increasing attempts to develop popular journalism intended for the working class and tending to emphasize sensational topics. Read more on Wikipedia

Since 2007, the English Wikipedia page of Alfred Harmsworth, 1st Viscount Northcliffe has received more than 224,411 page views. His biography is available in 19 different languages on Wikipedia making him the 370th most popular businessperson.

Among BUSINESSPEOPLE In Ireland