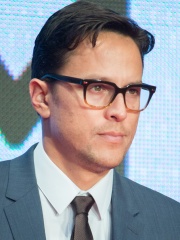 Cary Joji Fukunaga (born July 10, 1977) is an American filmmaker and television director. He first gained recognition for writing and directing the 2009 film Sin Nombre, and the 2011 adaptation of Jane Eyre; he also was the director and executive producer of the first season of the HBO series True Detective, for which he won the Primetime Emmy Award for Outstanding Directing for a Drama Series. He received acclaim for the 2015 war drama Beasts of No Nation, in which he was writer, director, producer, and cinematographer. Read more on Wikipedia

Since 2007, the English Wikipedia page of Cary Joji Fukunaga has received more than 1,426,069 page views. His biography is available in 20 different languages on Wikipedia making him the 1,148th most popular film director.